The soursop, A. macrocarpa Wercklé, A. bonplandiana H.B. & K., A. cearensis Barb.Rodr., A. coriacea, Guanabanus muricatus M.Gómez in Rain-tree) is a broadleaf flowering evergreen tree native to Mexico, Central America, the Caribbean and northern South America. Soursop is also native to Sub-Saharan Africa countries that lie within the tropics. Today, it is also grown in some areas of අග්නිදිග ආසියාව. It is in the same genus as the chirimoya and the same family as the pawpaw. In most Spanish speaking countries it is commonly known as Guanábana. In the Philippines, it is known as guyabano. In Kerala, India it is known as Aathakka pazham.

The soursop is adapted to areas of high humidity and relatively warm winters, temperatures below 5 °C/41 °F will cause damage to leaves and small branches, and temperatures below 3 °C/37.4 °F can be fatal. The fruit becomes dry and is no longer good for concentrate.

Its flavor is described as a combination of strawberry and pineapple with sour citrus flavor notes contrasting with an underlying creamy flavor reminiscent of coconut or banana. 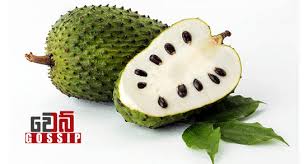 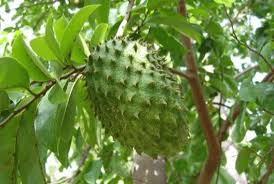 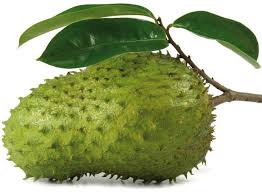 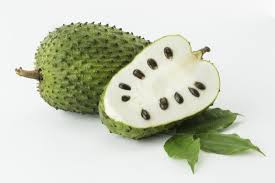 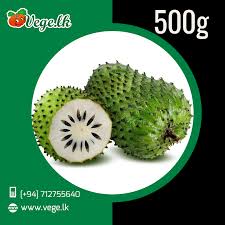 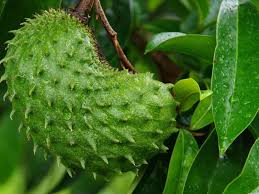 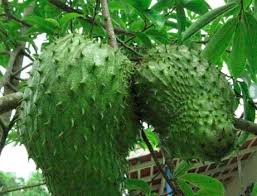 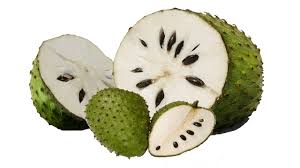 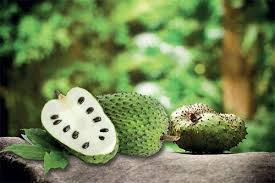 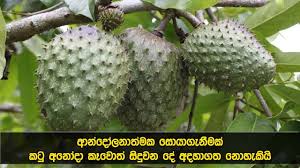 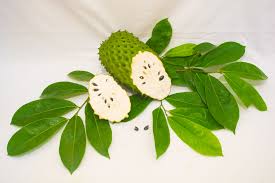 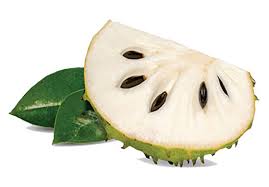 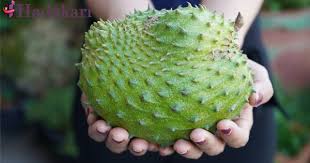 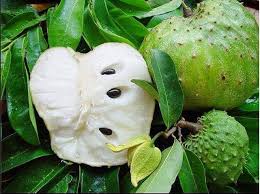 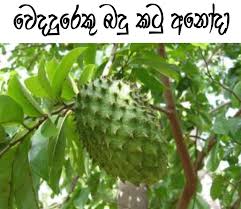 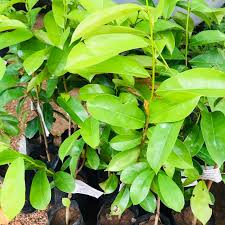 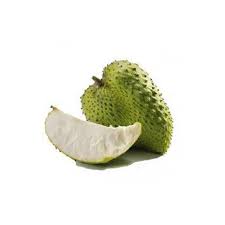 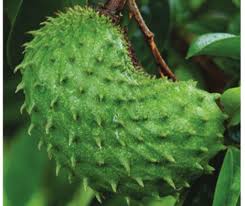